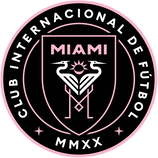 Brothers' Heads Defeat Union
Go crazy Miami!  A road win at last year's Supporters Shield winners, the Philadelphia Union.  More so, it was a come from behind victory, 2-1 over the Union.  Both Higuain brothers each found the back of the net with their heads.
THE POSITIVES:
- Gonzalo Higuain found the back of the net for the second time in as many matches this season, heading the ball in from a cross from his brother.
- Federico Higuain, not to be outdone, along with his assist, had the game winning header in the 83rd minute.
- The front six for Inter Miami CF are becoming a sound unit that will be a force to be dealth with
- The back four looked way more secure this game around
THE NEGATIVES:
- Three points on the road at Philadelphia..... no nit-picking necessary
Miami Fans Beat the Heat, Drums; Squad Drops Opener to Galaxy 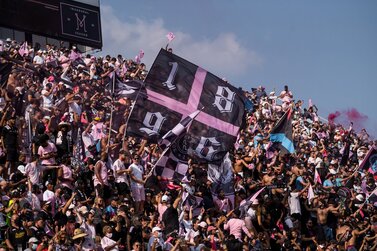 The opener had a lot to celebrate.  Loud fans.  Excited fans.  Phenomenal pitch.  David Beckham.  All world midfielders and strikers.  But in the end, what they did not have was a strong final back five.
THE POSITIVES:
- The Fans.  They were loud.  The drums never stopped the entire 90.
- Robby Robinson.  The first pick in 2020's draft found Inter's first goal of the 2021 season.  When on the left side, he showed his potential.
- Pizzaro his normal very competitive self exhausting his tank.
- Higuain.  Was he brilliant throughout?  No.  Better than 2020, yes.
THE NEGATIVES:
- Back five.  Giving up three goals at home is never going to be acceptable.  Leaving Chicharito unmarked is never going to be a good thing.
- Adjustments and subs.  LA Galaxy change to a 4-4-2 and all of the sudden they become a scoring machine.  In comparisons, Inter Miami's defense adjustments and when their subs came on, they did not offer the same chances of goal scoring opportunities.