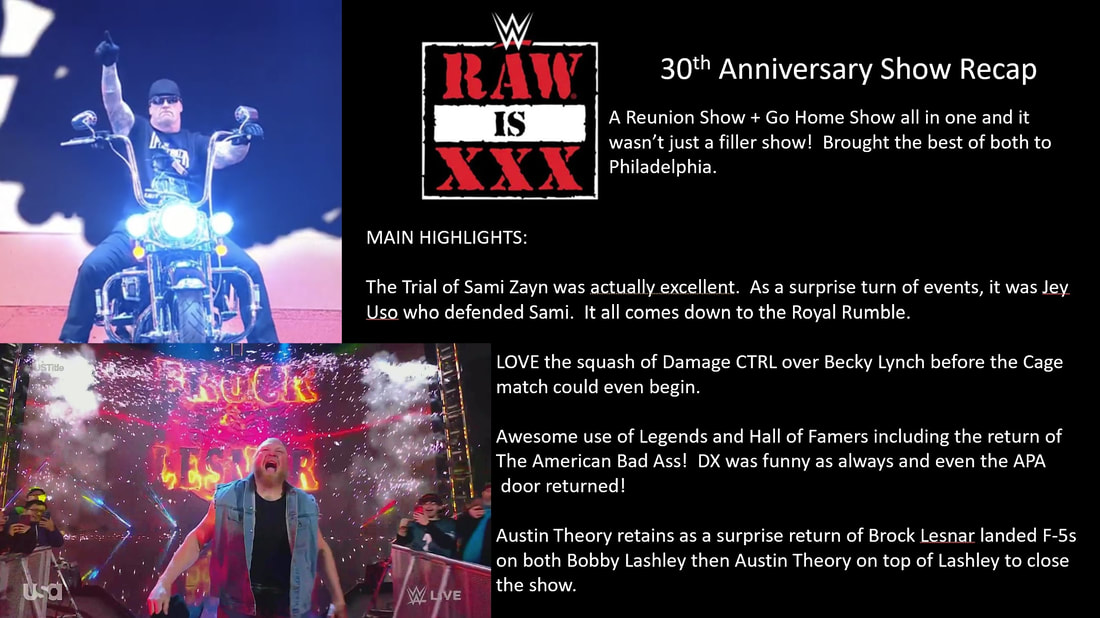 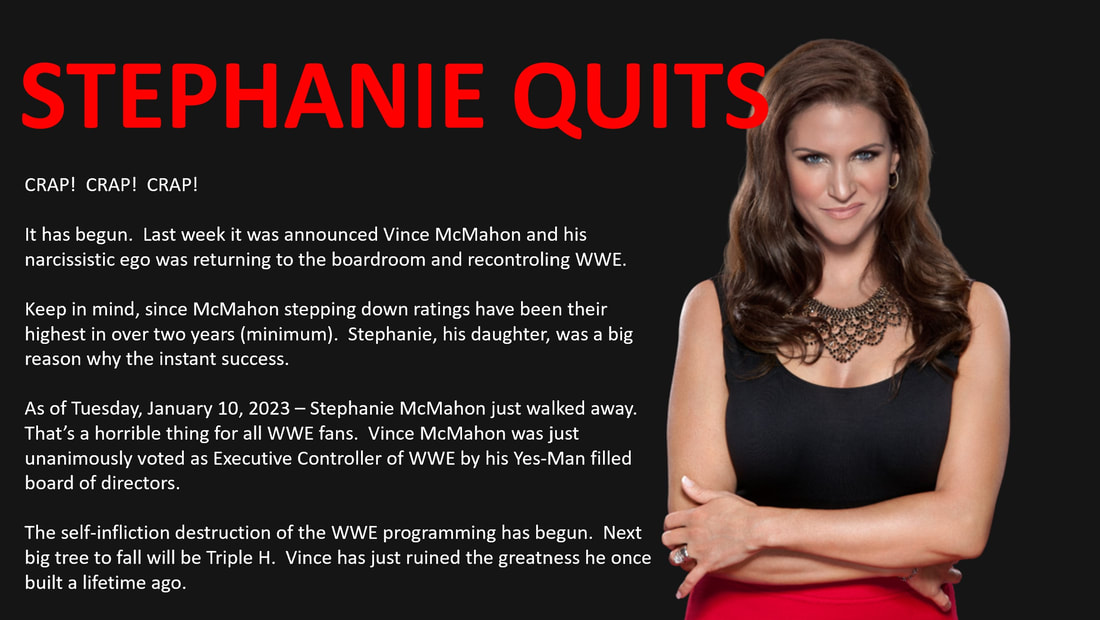 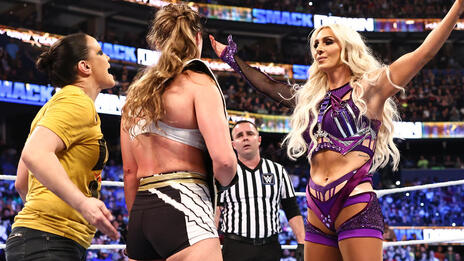 show.  Anyone who can remember the 2014 Survivor Series, knows that Dolph can main event anything.  It will be interesting to see what and who they have planned for SummerSlam, if any, since Theory is in an angle with Lashley and Seth "Freakin' " Rollins will face Riddle.  Regardless, Ziggler is back (even though we saw him just a few weeks ago interrupt Omos' exit, but we should forget that!) and that is a great thing for WWE fans! 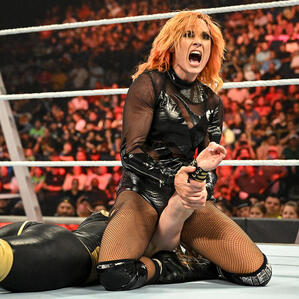 picture courtesy of WWE
Some superstars just can't be a heel, simply because the crowd won't let them.  Look no further than John Cena.  Much less other icons like the Rock.  There are others.  But after last night's Raw, there is a new member - Becky Lynch!  Lynch's character is classified as a heel.  Her struggle and frustrations in winning back the Raw Women's Championship have left her battled, bruised and beaten.  The crowd has seen this struggle and yet in the short time since Wrestlemania has given their support more and more to her every week.
Raw's go home show before Money in the Bank may have been the exact changing moment.  The first of the Elimination Match to enter, Lynch received a huge pop.  Then, when pinning Doudrop for the final spot in the Money in the Bank qualifier, the crowd fully exploded in support of Becky.  After Raw went off air, internet shared her addressing the crowd as well.

A+ for Battle Royal Qualifier

Sheamus Turns Face, If Only for a Night 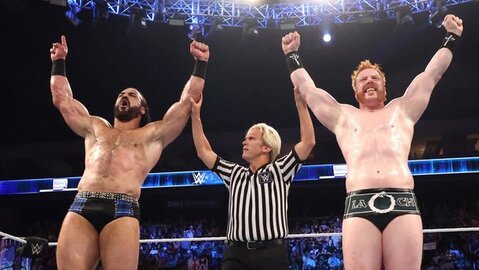 Drew McIntyre and Sheamus defeated The Usos to qualify for the Money in the Bank ladder match
In the main event of Smackdown this week, Drew McIntyre was forced to team up with his former qualifying opponent for the Money in the Bank ladder match, Sheamus.  The two took on The Usos.  If Sheamus and Drew won, they then officially qualify for the Money in the Bank ladder match.
​     Anyone who follows the superstars on their personal side know that not only do Sheamus and Drew McIntyre both live in Nashville and support all pro-sports in Nashville, but are real-life 'friends'.  Which, makes for excellent in-ring chemistry.  Both as partners and as opponents.  In an excellent conclusion to the show (that did not even feature Roman Reigns nor Brock Lesnar) Drew McIntyre gave Jimmy Uso a claymore kick to secure the victory.
Afterwards, the two now qualifiers, stood face-to-face... but this rivalry quickly turned to celebrations.  As both Drew McIntyre and Sheamus received a huge ovation from the electric crowd.  By no means was this a Klick-like celebration, but it did cross a kayfabe storyline as the two are headed adversaries.  Which, to people like me, loved the crossover.  If even for just a night.