Official Voting Projectionist of BracketMatrix.com since 2011 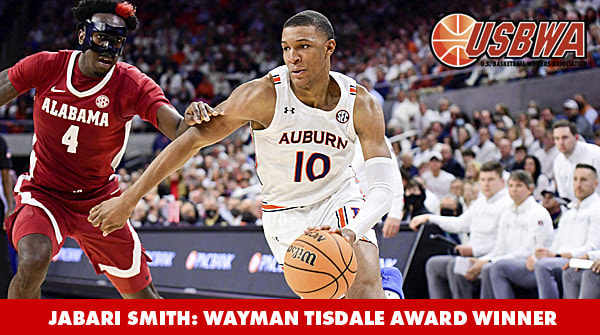 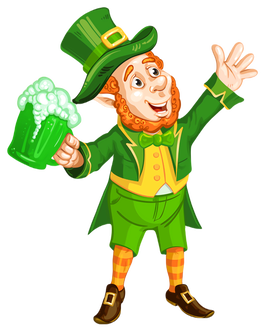 For the first time in two years we are experiencing a real March Madness.  And Day 1 gave us 100% just that.  Seed numbers 2, 5, 5, 6 and 8 all were "upset" in the first round.  Simply causing chaos and havoc to everyone's brackets.  Here are some interesting stats for you from our brackets:
- After both the Michigan and Providence wins, only 35 out of 154 brackets went 2-0
- No one in our brackets remains perfect
- 87 out of 154 (56%) of all our brackets have at least one team in our projected Final Four OUT
- 17 out of 154 (11%) of us have a projected champion eliminated (Kentucky, Connecticut, Iowa or Colorado St)
- Our pool streak now officially continues.  Every year since 1994 (Old Dominion def. Villanova) we have had at least one projected champion eliminated opening weekend (and something like 19 years in a row, opening round!)
- Mountain West Conference = 0-4, fully eliminated
- Seeded underdogs (not Vegas) went 7-9 yesterday
Happy St. Peter's Day! 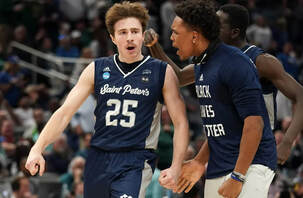 "I'm a peacock, you gotta let me fly," once said NYC Police Detective, Terry Hoitz.  And flying the Peacocks of St. Peter's did just that.  Over SEC Blue-Blood and potential Final Four contenders, Kentucky Wildcats.  Needing OT, St. Peter's won 85-79.  March 17th might now become officially St. Peter's Day!  The two-man show of Darryl Banks and Doug Edert led the Peacock scoring with 27 and 20 points respectively.  While Kentucky big man and SEC Player of the Year, Oscar Tshiebwe led all scorers with 30.  St. Peter's moves on to the round of 32, where they face the Murray State Racers.  Yes, another Kentucky team.
​Arachnophobia!