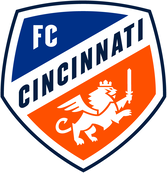 4/23/2021
It couldn’t have been a better start. Two goals in twelve (!) minutes?? It took FCC the first seven games to score two goals last year...
Adding Brenner and Acosta in the off season was the offensive move that needed to be made.
On the defensive side however, failing to add enough depth at center back hurt... Pettersson didn’t look like a starting MLS CB. On top of that, Yuya Kubo, a natural forward, struggled with his midfield defensive duties, making a mistake that led to Nashville’s first goal.
FCC hung on for dear life and Tyton was man of the match for not allowing more of Nash’s 31 shots to go in. The second Nashville goal was lucky, but they were due for one anyways.
All in all, a start that left fans feeling optimistic, if still concerned about the back line and personnel in the middle of the pitch. 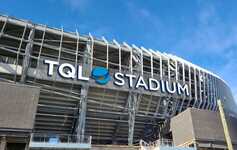 image from cincinnati.com
4/23/2021
​  In off the pitch news, we have a stadium sponsor! No longer shall our sleek new  fortress be called “West End Stadium” (officially, anyway). Nope, it’s now TQL Stadium. For those who aren’t from Cincy, TQL is our largest private firm (by revenue) in the city, a freight brokerage company. They make a lot of cash and needed to spend some, apparently.

The reaction was... mixed, at best, in the Queen City. TQL isn’t a “cool” company in many’s eyes. They don’t have the best reputation around town for pay, employee tenure, etc. Twitter was ablaze with FC fans mocking the new name. Then, the backlash to the backlash came; “it’s just a name, who cares”?

I see both sides. There is no law that says we as fans have to call it TQL Stadium. After a beer or two at Rhinegeist, among the company of my fellow fans, I’ll just be happy to have a stadium to march to, no matter the name.