Dear Reader,
It’s another professional wrestling article. Did you expect anything different when clicking on a Tantor article? Well, this one is unique. We at The Coach & Crew Show have been doing our WWE power rankings for years. Now it seems that everyone is doing WWE power rankings. Even though we were first, Tantor at Coach and Crew is taking the rankings to the Next Level.
Tantor came up with specific categories. Each category has its top 5 performers. A very difficult assignment. Over the past two weeks the top 5’s have changed numerous times. Ranking are based upon what Tantor thinks is interesting and the performer must have been in the ring during the past 60 days. No influence by any of the professional sports entertainment companies. So, let’s kick this off. For the first time ever, The Professional Wrestling Obscure Lists Rankings.
The first category is In-Ring Work. In-Ring Work is self-explanatory. What can this performer do inside the ring? Not costumes, mic work or music. Can this wrestler tell a story from beginning to end with action and keep Tantor entertained? Can this performer wrestle a mannequin and make me believe he/she might lose only to pull out a stunning victory? If yes, you just made the list.
In-Ring Work
The next category is MIC SKILLS. Which performers hold 100% of Tantor’s attention when they pick up a mic? Bonus points for actually being entertaining or humorous.  In ring performers only, sorry Paul Heyman. 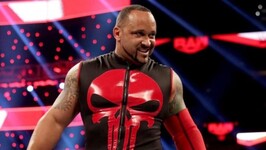 MIC SKILLS
1-MVP – When MVP starts talking everyone is listening. He started the year as a fill in. Now he is the face of the Hurt Business and receives about 15 minutes of air time per show. All well deserved.
2-Miz & Morrison – The Miz has always been good on the mic, but adding Morrison and his one liners to Miz’s straight man act is brilliant.
3-Street Profits – Top caliber mic work and never ever boring. We want the smoke!
4-R Truth – Tantor never fast forwards through an R Truth segment. Most are laugh out loud funny. The 24/7 title is just an excuse to give R Truth air time. I for one am happy with that.
5- Chris Jerico- He may be over at AEW, but Jerico on the mic is still one of the best in the business. 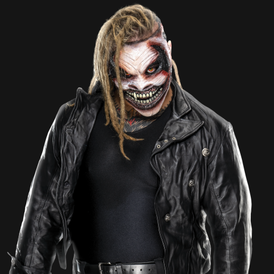 Let’s move on to the Entrance. A performer’s entrance sets the stage for the match or segment. A dull entrance usually leads to an underwhelming performance. Tantor looks for music, production value, originality and audience participation. That last one is impossible in today’s environment.
ENTRANCE
On to my favorite category, UKE. I added this category because you will never see this anywhere else. If you do, Please contact my attorney. Someone stole it from Tantor. UKEMI (UKE for short) is a Japanese martial arts form that involves the techniques of receiving, falling and protecting oneself from injury while being the target of the master. In professional wrestling, the master would be the scripted winning wrestler receiving the company “push”. This performer must convince the audience that death is near while making the opponent look great.
UKE
There is a new trend that Tantor is in favor of expanding, MANAGERS. WWE had almost eliminated the wrestling manager from their shows. On came AEW and the mandatory manager and stables. AEW has a bunch. Not to be outdone, WWE reintroduced managers and stables. It has been a welcomed addition. Tantor looks at what do they add and are they entertaining?
MANAGERS
Finally, we are at my last list, STORYLINES. Tantor destroys WWE creative regularly, but they do get things right and should be recognized for great storylines. Sorry to AEW, Impact and NXT. Your storylines are just outside the top 5. Tantor made this list based upon interest. Does Tantor care to watch it? Is Tantor entertained by it? Do the performers pull off the storyline?
STORYLINES
2-RAW Underground- Shane McMahon has done a masterful job taking a garbage 3rd hour of RAW and making it the most compelling part of the show.
3-HURT BUSINESS- MVP has made Alexander, Lashley and Benjamin wildly entertaining.
4-ROMAN REIGNS – Reigns was always forced upon the WWE universe in the past by Vince McMahon. Take real life, add Paul Heyman and a new heel turn attitude and we have something very special.
5-TIE- Yes. A complete co-out by Tantor. The last two storylines cannot be separated. STYLES-HARDY-SAMI ZAYN and McINTYRE-KEITH LEE-RANDY ORTON just can’t be ranked above or below another. All 6 performer kill it in the ring and throw in above average mic skills and we have two great storylines.
After going in-depth in professional wrestling this past two months, Tantor is convinced this is the best product time period.  Each era has something special.  This era is based on actual in ring talent.  And given the limited audiences and zero interaction with fans, in ring talent matters more now than ever before.
all images courtesy of wwe.com